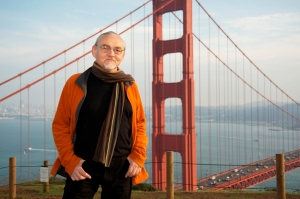 The social revolutionary thinker, writer, ecologist, environmental activist and founder of Planet Drum Foundation died on July 28, 2011 after a sudden case of pneumonia complicated by his bout with lung cancer. Peter Berg was an unforgettable personality for anyone who made his acquaintance over the past several decades. This blog will be where we collect remembrances, reminiscences, recollections, tributes, rants, soliloquies, orations, and simple thank-you’s for a man who touched many lives.

This entry was posted in Uncategorized. Bookmark the permalink.